Vilarinho da Furna is an old village in northern Portugal that was demolished in 1972 at the same time as a dam was built in the surrounding area! The reservoir of this dam was filled with the waters of the river Homem and at the same time the city was submerged, but this story was not permanent. Every time the water level dropped, the buildings of this city, which were flourishing in their time, appeared from under the water.

The death of this city was sudden and in fact, the cause was the same for the same reasons; Big companies that want to do big projects make people nervous and destroy their homes. In this case, too, the whole story was about a Portuguese power company, and the big project was the construction of a 125 MW hydroelectric dam. 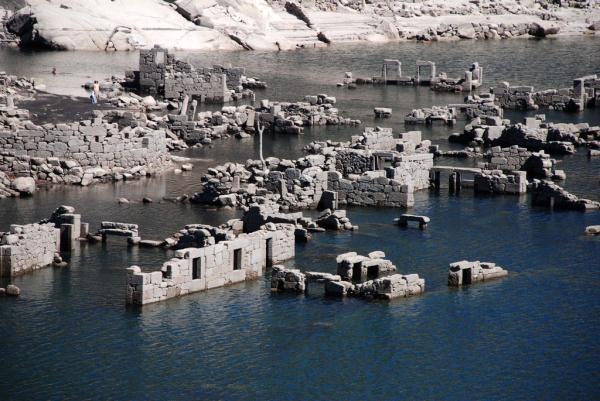 Death of Vilarinho da Furna and other villages

Many cities and villages around the world have suffered the same fate. But Villarrino da Forna is a very special case because it is a 2000-year-old village from ancient Rome. Among the most significant features of the ancient architecture of this village, we can mention three Roman bridges.

At the time of the flood, the village had a population of 300 and was home to chickens, cows, pigs, sheep, and goats. There were pastures on top of the hills and land for agriculture was rarely found. That’s why the houses were built close to each other. 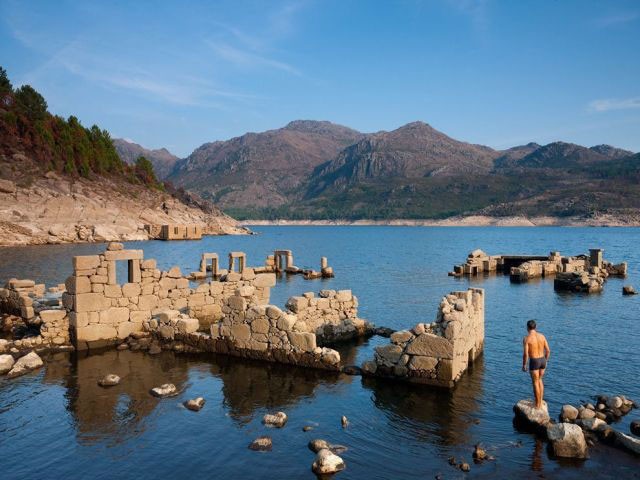 In early September 1969, evacuation of the village began and the last inhabitants were relocated in 1971. The electricity company paid very little compensation to these people; For this reason, they also carried everything they could, including the roofs of houses, and the only thing left was bare walls.

Finally, in 1972, it swallowed the water of this village. Ironically, the construction of this dam and its submergence caused it to survive to this day.

Nowadays, when there is a drought, tourists flock to the shores of this dam to have a look at this village that rises from the heart of the water.