Living in the most difficult conditions by eating seabirds: in St Kilda Islands

The remote archipelago of Kilda Islands is located off the west coast of Scotland and is truly an isolated place. It is located 64 km west of Outer Hebrides and is one of the farthest islands in Britain. The island is full of jagged granite boulders and high cliffs reminiscent of the harsh North Atlantic climate. The wind in this area is so strong that not even a tree grows there.

In this harsh climate, a small community survived by clinging to the basics of life, mainly by eating seabirds and their eggs. This strange group of women, men, and children lived as hunters / gatherers, climbing cliffs and cultivating poor grains until the early twentieth century to reach seabirds. After years of isolation, all the islanders moved to the mainland to solve the problem of unsuccessful harvests, lack of communication and medical care. The story of these islanders and their gradual loss of self-sufficiency has been a wonderful experience for the people of Scotland and the world. 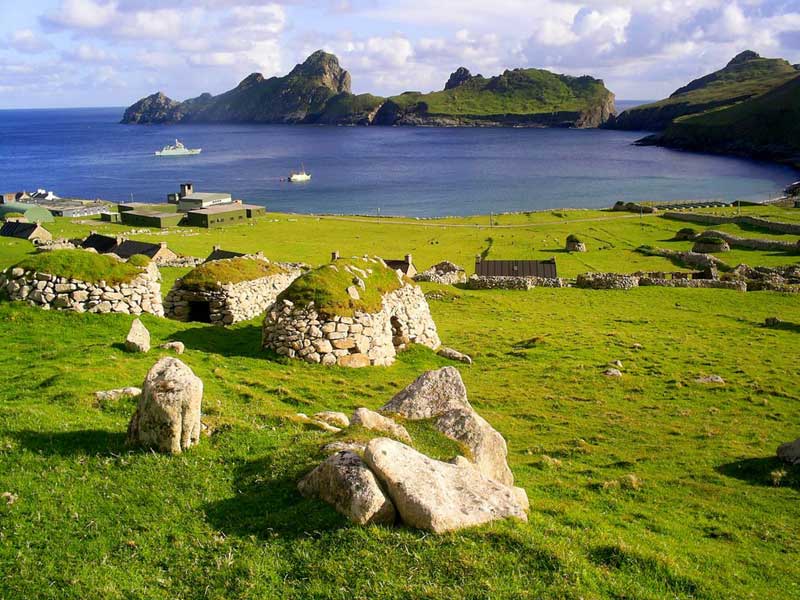 St. Kilda has been continuously inhabited for 4,000 years. Its only settlement, Village Bay, is located on low-lying land on the island’s largest island, Hirta.

This windy place was not suitable for agriculture, although the inhabitants of the island planted small amounts of barley and potatoes in it, but often strong winds and salt water destroyed the seeds. The sea was more furious than you might think, so the islanders did not think about eating fish. In fact, their favorite food was seabirds, which were found in abundance. 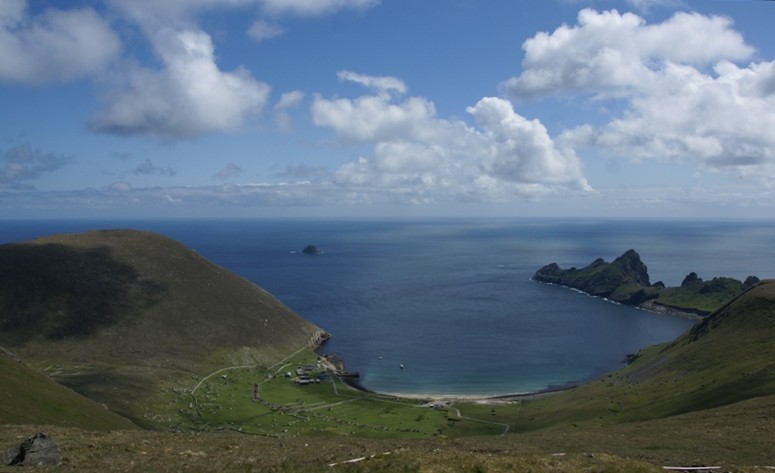 St. Kilda is home to many important seabird species and is home to the largest colony of northern gannets. It is said that each person in St. Kilda consumed 115 birds a year; In 1876, the entire population of the island consumed 89,600 paffins as food.

Note, however, that catching birds was not easy, but the islanders were adept at it. During the spring and summer months, men rope down steep cliffs to collect young birds and their eggs. Nothing was thrown away. Feathers were also used to make pillows and bird skins to make shoes. The oil in the stomachs of some birds was also used as fuel. The birds lived in these areas for only half a year, flying to the Atlantic Ocean during the fall and winter. To prevent hunger, the islanders built places to store poultry meat. 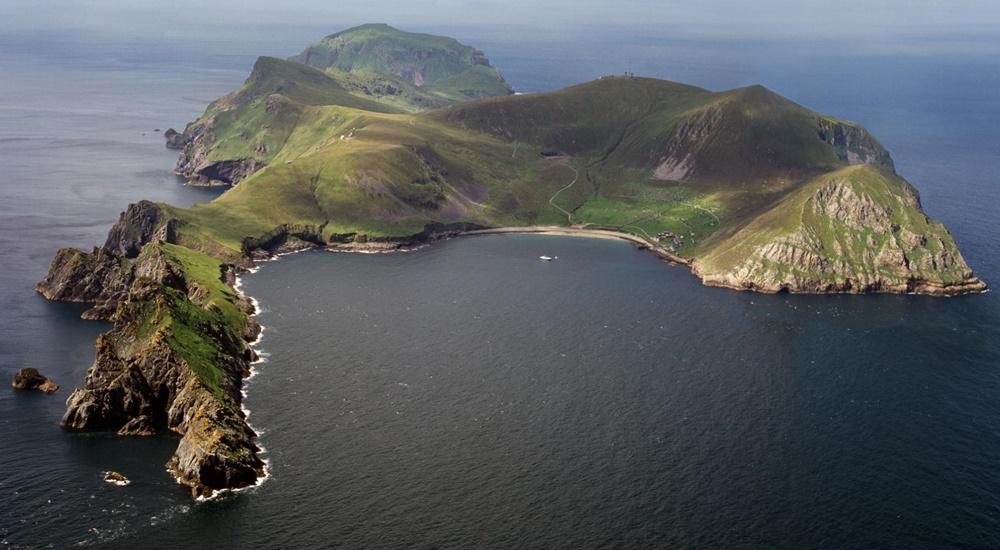 From the middle of the nineteenth century, tourists came to the island and this caused the islanders to connect with the outside world. This made them aware of their other lifestyles and shortcomings. The islanders began importing food, fuel, and building materials to improve their quality of life, and eventually became dependent on these goods. During World War I, the presence of the Royal Navy improved the islands’ connection to the mainland, and for the first time in history, food and letters were regularly delivered to the region. When these services were abolished at the end of World War I, the feeling of isolation on the island increased. Lack of food and medical care became annoying. 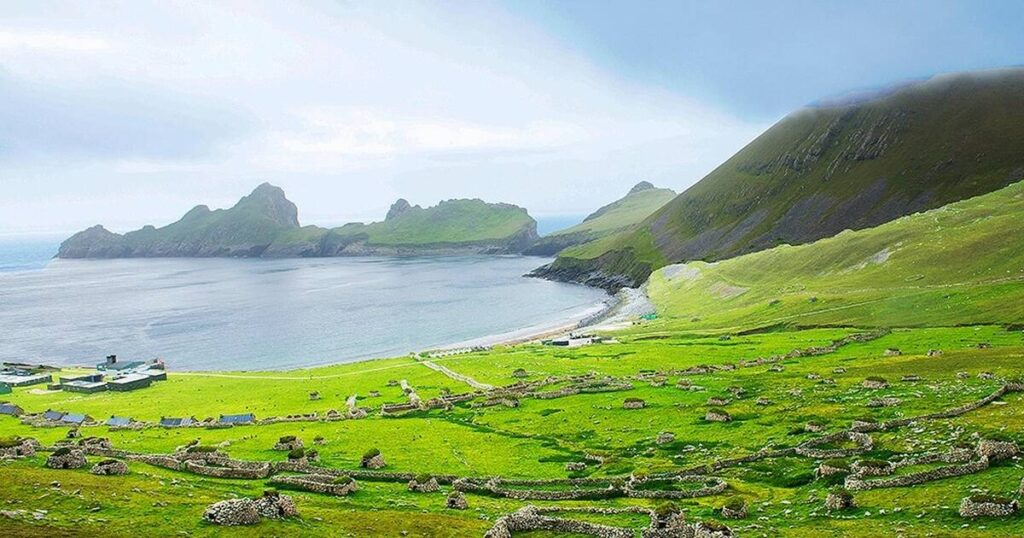 The final blow was dealt to the death of a young woman who died in January 1930 of appendicitis. After this incident, the people of the island decided to leave this place to have a better life. Twenty islanders wrote a petition, handed it over to the government and demanded to leave the island.

“The population of the island is declining and a large number of men have decided to leave the island,” they said in the petition. Without the help of these people, it is practically impossible to spend another winter on the island. “We want to move to a place where we can have a better life.” 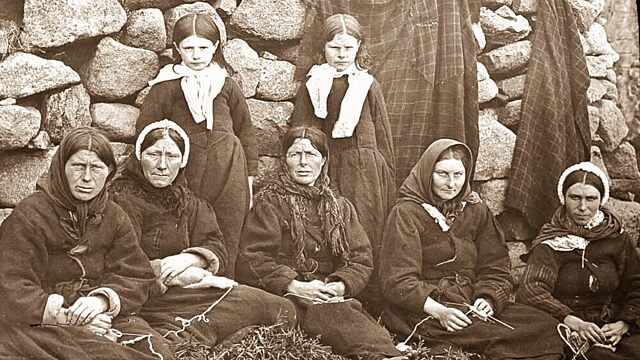 On August 29, 1930, the remaining 36 residents of St. Kilda were relocated. In 1986, the archipelago became the first UNESCO World Heritage Site. This complex is one of the 24 places on the planet that has earned this title due to both natural and cultural characteristics. Today, thousands of tourists visit the island of Hirta to explore this desolate city.