Yoho National Park is a protected area in British Columbia’s southeast portion, amid the Rocky Mountains. The park was formed in 1886 as the Mount Stephen reserve, making Canada’s second-oldest national park, behind Banff. The park has 28 mountain peaks above 3,000 meters and spans 1,313 km2. Yoho National Park is one of seven parks in the Canadian Rocky Mountains that make up the UNESCO World Heritage Site. The Burgess Shale sites, several of which are located in Yoho National Park and contain 540 million-year-old fossils, are among the grounds for the UNESCO classification. Yoho is derived from a Cree word that means “awe and wonder.”

Yoho National Park is located in southeastern British Columbia, amid the Rocky Mountains. It is bordered on the east by Banff National Park, on the south by Kootenay National Park, and on the west by Hamber Provincial Park. Within the park’s limits is the town of Field; outside the park, the closest towns are Golden, BC, and Banff, Alberta.

Yoho National Park is one of seven parks in the Canadian Rocky Mountains that make up the UNESCO World Heritage Site. The mountains that make up Yoho National Park, a protected area in British Columbia and Canada’s second-oldest national park, did not exist 1 billion years ago, during the Precambrian period. From the Gulf of Mexico to the Arctic Ocean, the entire Rocky Mountain System was flat. This land began to descend below sea level and fill with sea water as time passed. Sediments such as mud, silt, and sand were deposited into this inland sea over millions of years by neighboring rivers. The bottom of the sea continued to drop as additional material was poured, forming layers of sediment thousands of meters deep. Forces within the Earth drove the sediment above sea level around 75 million years ago, compressing the rocks to the point where they bent, buckled, and shattered, forming the Rocky Mountain System. Erosion caused by rain, rushing water, and glaciers proceeded to transform the mountains into their current shapes. 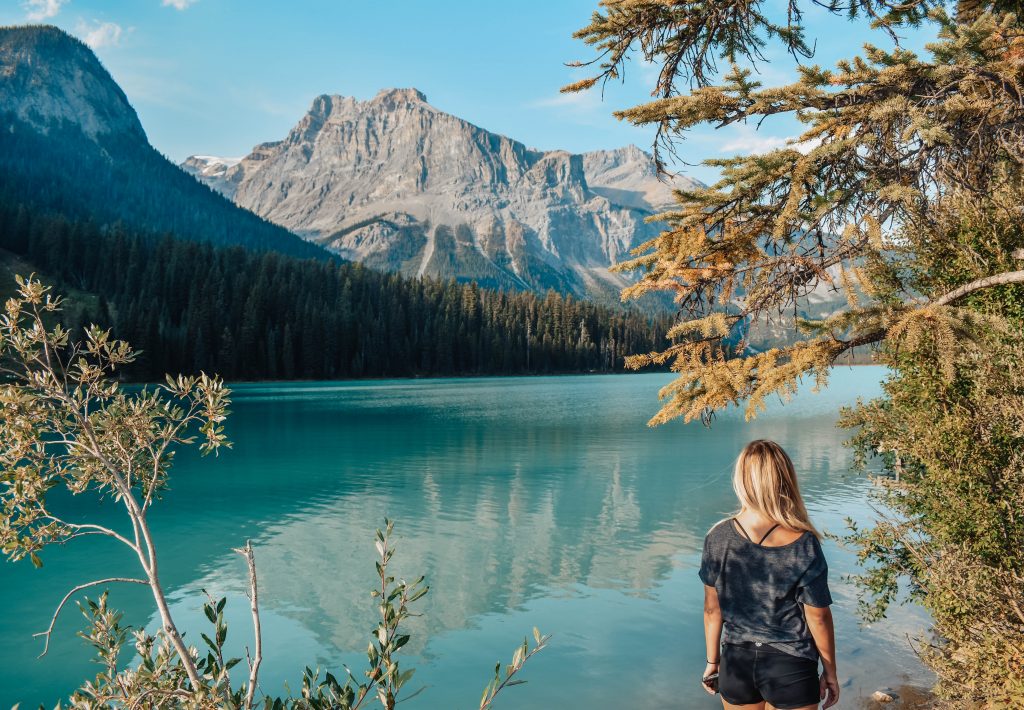 Many alpine and subalpine flora can be found in Yoho National Park, a protected area in British Columbia and Canada’s second-oldest national park. Whitebark and lodgepole pine, white and Engelmann spruce, and Douglas and subalpine fir are all common coniferous trees. White rhododendron, miniature birch, and alpine bearberry are examples of shrubs. In the park’s lower parts, wildflowers such as anemones, lilies, and violets grow.

Check out the Trips News on the JourneyBlog.ca : Ever wondered about the blue lagoon is a geothermal spa in southwestern Iceland

White-tailed and mule deer, moose, and wapiti can all be found in the park. Mountain goats can be found at higher elevations, and carnivorous creatures such as grizzly bears, wolverines, and coyotes can be found. The golden eagle, white-tailed ptarmigan, and gray jay are among the many birds that may be found here. High-altitude streams sometimes have too much silt to be fish-friendly; nevertheless, trout, whitefish, and some northern pikeminnow can be found in streams and rivers in the lower valley. A variety of trout, including bull, lake, speckled, and cutthroat, can be found in several lakes.

Peoples of the Americas

The Ktunaxa used Yoho National Park largely as a seasonal route to the plains on the eastern side of the Rocky Mountains. While there were other ways to the south of the park, the Ktunaxa were forced to interact with the Siksikaitsitapi (Blackfoot Confederacy), with whom they were not cordial. Instead, the Ktunaxa most likely used Kicking Horse Pass to gain access to the plains, where they hunted bison and traded ochre with their allies, the Cree and Stoney-Nakoda. 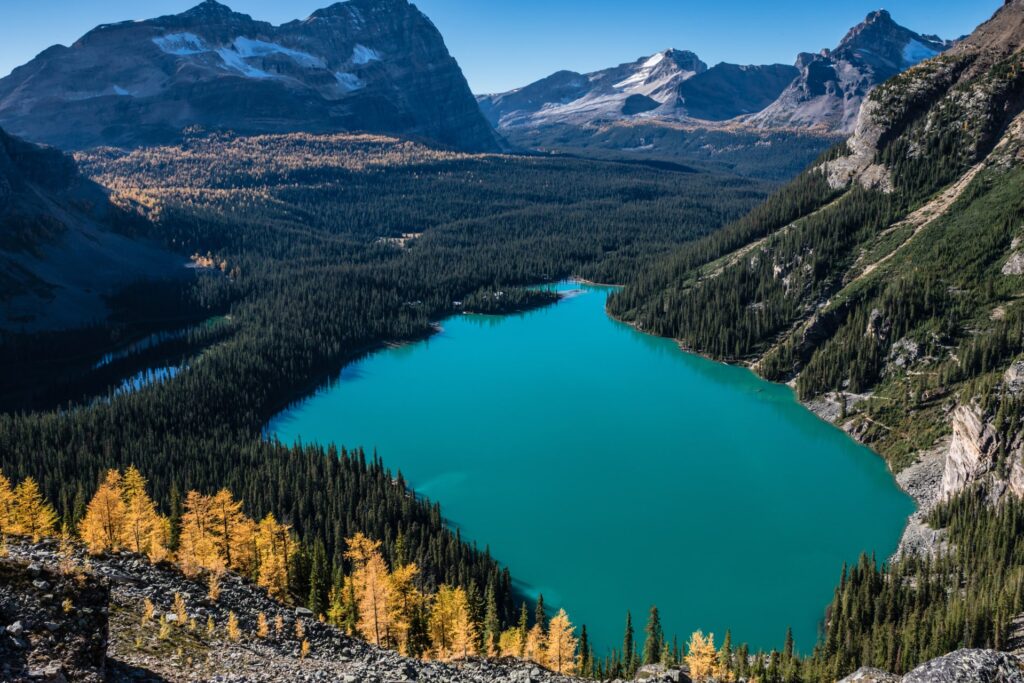 While historians claim that Indigenous people were forcibly removed or forbidden from other Canadian national parks, there is no information on how this might have happened in Yoho National Park. In instance, much has been written about the evacuation of Indigenous people from Banff National Park, which is only across the border. The Stoney-usage Nakoda’s of the park as a hunting ground sparked conflicts in Banff. While Banff has both valleys and mountains, Yoho has a lot of high peaks, which makes it less appealing for hunting. As a result, the majority of hunting rights disputes took place in Banff rather than Yoho National Park. Furthermore, plains bison had all but disappeared from Canada by 1888, two years after Yoho was established, implying that the Ktunaxa’s periodic travels through the park were likely less frequent.

The best museumsIf you click on this link, you will redirect to:
FoodMag.ca
Check out the Cooking Tips on the FoodMag.ca : Food history: Mashed Potato

The creation of Yoho National Park

Yoho National Park is one of seven parks in the Canadian Rocky Mountains that make up the UNESCO World Heritage Site. James Hector, a Scottish geologist accompanying the Palliser Expedition, was the first European to see Kicking Horse Pass in 1858. Hector’s horse is reported to have kicked him in the chest at this point, earning the pass’s name. The corridor was later used by the Canadian Pacific Railway to connect British Columbia to the rest of the country. The CPR’s heavy dining cars did not have to travel up Mount Stephen, therefore a hotel and restaurant were established at its base. The Mount Stephen Reserve, which was renamed Yoho Park Reserve in 1901, began with the restaurants.