The bridge of the cycle of rebirth Buddhism

The Wat Rong Khun, sometimes known as the White Temple by foreign visitors, is a privately owned art display in the manner of a Buddhist temple located in Chiang Rai Province, Thailand. Chalermchai Kositpipat, who conceived, built, and opened it to the public in 1997, owns it. The symbolism and structure of The Bridge of the cycle of rebirth Buddhism is unique. The structure of the white temple’s main building is stonishing.

The Wat Rong Khun, known as the white temple, include nine buildings when finished, including the existing ubosot, a relics hall, a meditation hall, an art gallery, and monks’ housing rooms. It is a Buddhist temple located in Chiang Rai Province.

The ubosot, the white temple’s main building, is accessed by crossing a bridge across a small lake. Hundreds of outstretched hands stand in front of the bridge, symbolizing unbridled yearning. The bridge says that avoiding temptation, greed, and want is the route to happiness. 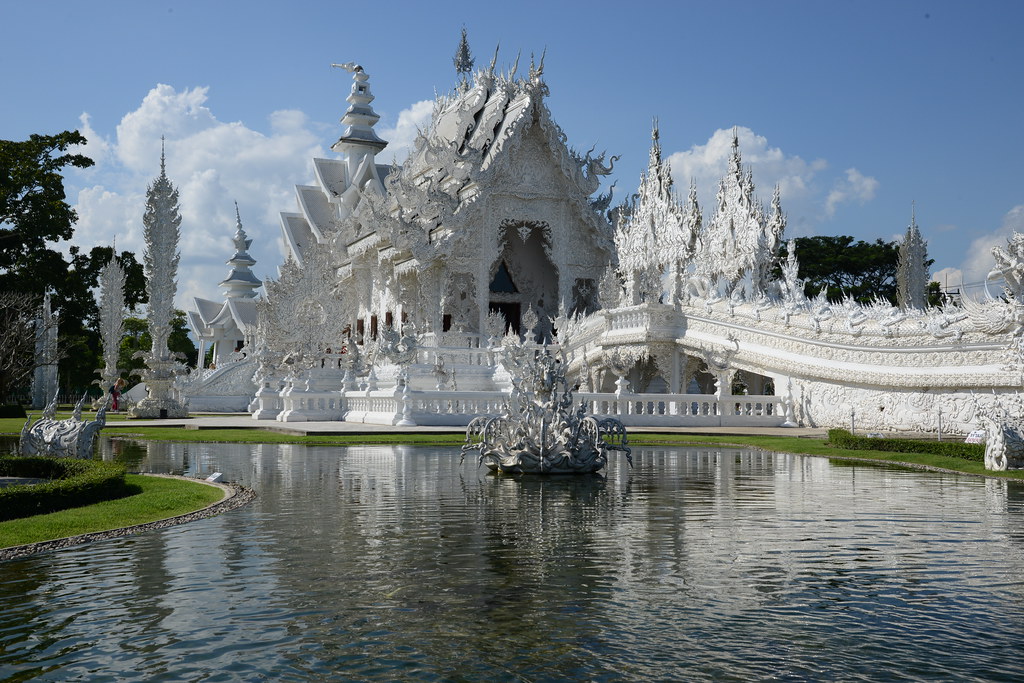 The visitor arrives at the portal of heaven after crossing the bridge, which is guarded by two creatures representing Death and Rahu, who judges the fate of the dead. The symbolism and structure of The Bridge of the cycle of rebirth is unique.

Check out the Trips News on the JourneyBlog.ca : Most beautiful places in Denmark

The main structure of the ubosot, the white temple’s main building, is an all-white structure with mirrored glass fragments placed in the façade. The three-tiered ceiling and profuse use of Naga serpents are examples of old Thai architectural characteristics seen in the ubosot. The temple’s interior design varies from pure white to blazing and confusing. Western icons like Michael Jackson, Neo from The Matrix, Freddy Krueger, and a T-800 series Terminator are interlaced into the murals, which include whirling orange flames and monster faces. Images of nuclear warfare, terrorist assaults like the World Trade Center attack, and oil pumps serve as stark reminders of humanity’s destructive impact on the planet.

The rest rooms building is a structure that stands out due to its hue. This golden structure, which is ornately adorned, depicts the body, while the white ubosot represents the mind. The gold represents how humans are consumed by materialistic ambitions and money. 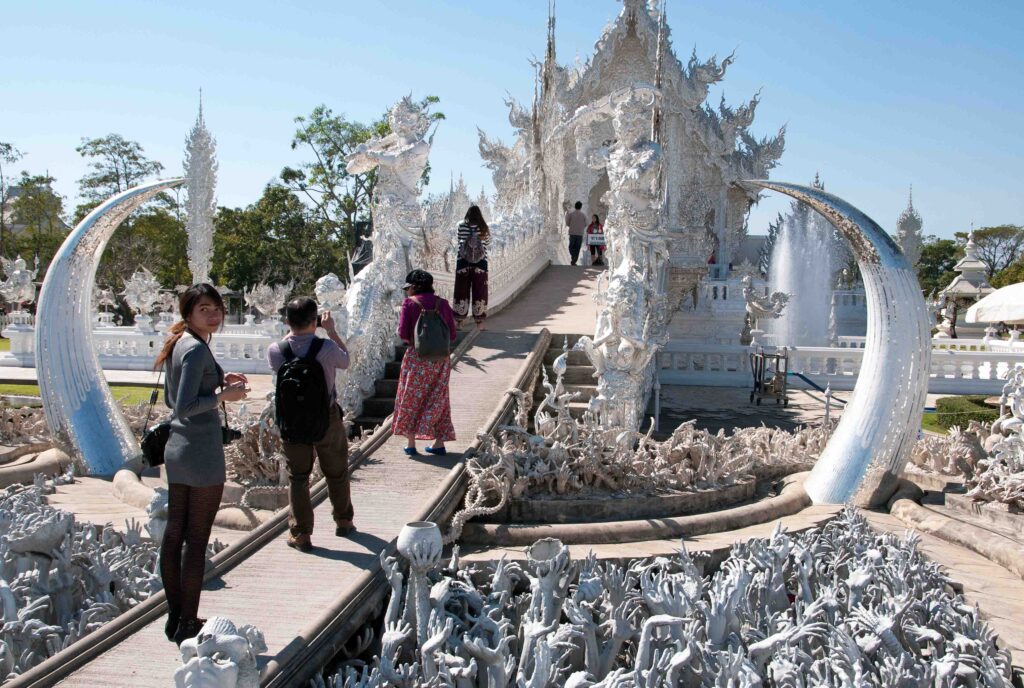 The Wat Rong Khun, a Buddhist temple located in Chiang Rai Province, was in horrible shape by the end of the twentieth century. Renovation funds were not available. A local artist from Chiang Rai, Chalermchai Kositpipat, chose to totally reconstruct the temple and fund the project with his own money. Chalermchai has invested THB1, 080 million in the project so far. The artist envisions the area surrounding the temple as a center for learning and meditation, as well as a place where people can benefit from Buddhist teachings. Kositpipat regards the temple as a gift to Buddha, and believes that the endeavor will grant him eternal life. The construction is still going on now, but it won’t be finished until 2070. The symbolism and structure of The Bridge of the cycle of rebirth Buddhism is unique.

If you click on this link, you will redirect to:
FoodMag.ca
Check out the Cooking Tips on the FoodMag.ca : The best recipe for grilled chicken and herb chicken salad

The temple of The Wat Rong Khun, a Buddhist temple located in Chiang Rai Province, was damaged by the earthquake that rocked Mae Lao province on May 5, 2014 at 18:08. It had been shut off indefinitely. Chalermchai announced on May 6 that the structures will be demolished for safety reasons and would not be rebuilt.

After an engineering expert team inspected and confirmed that all buildings in the compound were structurally unharmed by the quake on May 7, Chalermchai stated that he would rebuild the temple to its original state in two years and pledged to devote his life to the effort. He also stated that the temple area will be open to guests beginning on May 8th in the afternoon. Shortly after, the gallery building was completed. Visitors are only permitted to snap photographs outside of select buildings, including ubosot.